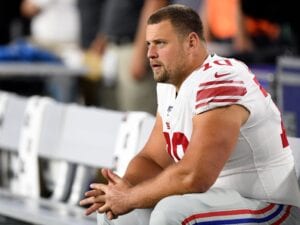 Recent reports said that Zeilter was available for trade. However, it became clear that he was more likely to be a cap casualty.

The free agent guard market isn’t all that deep right now, so it possible could end up doing well, relatively speaking.

Zeitler, 30, is a former first-round pick of the Bengals out of Wisconsin back in 2012. He played out the final year of his four-year, $7.544 million rookie contract when the Bengals elected to pick up his fifth-year option.

From there, the Browns signed Zeitler to a five-year, $60 million deal that included $31.5 million guaranteed in 2017. He was later traded to the Giants.

According to OverTheCap.com, releasing Zeitler will free up $12 million of available cap space while creating $2.5 million in dead money.

In 2020, Zeitler appeared in all 16 games for the Giants, starting all of them at right guard.