Field Yates of ESPN reports that the Jaguars are hosting free agent LB Damien Wilson for visit this week. 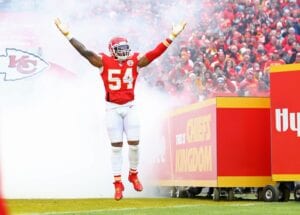 This is the first reported interest in Wilson since free agency opened up a few weeks ago.

Wilson, 27, is a former fourth-round pick of the Cowboys back in 2015. He finished his four-year rookie contract with Dallas before signing a two-year deal with the Chiefs in 2019.

The Chiefs picked up Wilson’s option last year that paid him a base salary of $3.2 million for the 2020 season.

In 2020, Wilson appeared in 13 games for the Chiefs and recorded 73 tackles, no sacks, a forced fumble and a pass defense.