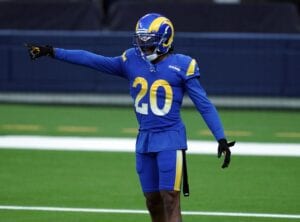 These players can be activated at any time between now and the start of the regular season.

Ramsey underwent offseason shoulder surgery but is expected to be ready for the regular season.

The Jaguars picked up Ramsey’s fifth-year option that will cost them around $13 million for the 2020 season before trading him to the Rams for two first-round picks and a fourth-round selection.