Mike Garafolo of NFL Media reports that Joe Judge’s future as Giants’ head coach remains uncertain even after he met with ownership. 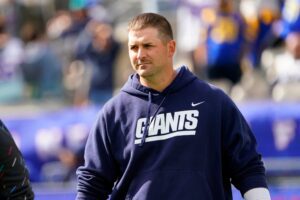 According to Garafolo, the Giants provided no definitive indication that Judge will return for the 2022 season.

Garafolo adds that one of management’s concerns is that Judge and whoever they hire as the team’s next GM share the same vision for the franchise moving forward.

Indications from earlier were that Judge was likely to retain his job, but Garafolo says this could be a multi-day process as Giants owners determine Judge’s fate for next season.