Mike Florio of Pro Football Talk reports that Packers QB Aaron Rodgers isn’t ready to take the opt-out option by the July 2 deadline and remove all chance of playing in 2021. 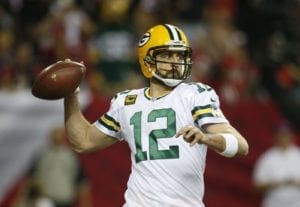 A source tells Florio that Rodgers is confident he’ll be able to avoid playing without having to pay any money back to the Packers.

Florio explains that Rodgers could retire before training camp citing general wear and tear as a football injury, then unretire in 2022 after a year away to “rejuvenate.” In that situation, Green Bay might even still be on the hook for his $6.8 million roster bonus.

Jason Fitzgerald of OverTheCap mentioned last week that if Rodgers opts out, his cap charge would drop from $36.702 million to $6.8 million, savings the Packers $29.902 million. Beyond that, Rodgers’s contract would toll.

Green Bay is in a tough cap spot in 2022, as they’re projected to be over the cap by $35 million, so this kind of cap savings would go a long way for them.

The Packers would also get a full year to evaluate Jordan Love as their long-term quarterback.

Rodgers has skipped OTAs and minicamp up to this point and it remains to be seen whether he’ll report on time for training camp.

The Packers have maintained that they have no intention of trading Rodgers and they expect him to their quarterback in 2021 and beyond.