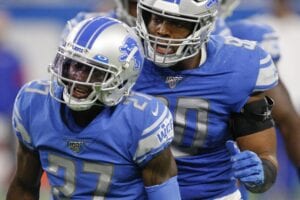 Coleman, 27, wound up signing on with the Vikings as an undrafted out of Tennessee back in 2015. However, he was unfortunately placed on waivers at end of the preseason.

Coleman re-signed with the Seahawks in 2018 as a restricted free agent under the second-round tender before later agreeing to a four-year deal worth $36 million with the Lions last year.

In 2019, Coleman appeared in all 16 games for the Lions and recorded 54 tackles, one interception, three forced fumbles, a recovery and 13 passes defended.