Ian Rapoport of NFL Media reports that the Lions have officially agreed to terms with Saints assistant HC/TEs coach Dan Campbell to be their next head coach. Campbell receives a six-year contract from the Lions. 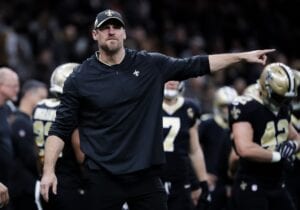 This has been the expectation for the better part of a week, so the news shouldn’t come as much of a surprise.

Other candidates for the Lions job included:

Campbell joins new Lions GM Brad Holmes as they look to get the franchise back on track.

Campbell, 44, is a former third-round pick of the Giants back in 1999. He played 11 seasons for the Giants, Cowboys, Lions and Saints.

Campbell began his coaching career with the Dolphins as an interim in 2010 and actually took over for Joe Philbin as the team’s interim head coach. The Saints hired him a year later as their assistant head coach/TEs coach.