According to Mike Garafolo, the Lions are signing OL Kayode Awosika from the Eagles’ practice squad to their active roster. 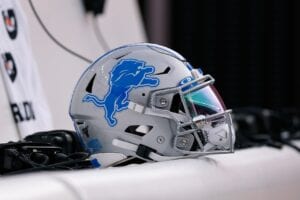 Detroit’s offensive line depth has been hit early in the season and Awosika will have a chance to play. He has experience at both guard and tackle.

Awosika, 23, signed with the Eagles as an undrafted free agent out of Buffalo following the 2021 NFL Draft. He was waived coming out of the preseason and re-signed to Philadelphia’s practice squad.

Awosika was elevated for a couple of games to the active roster and returned on a futures deal for the 2022 season. The Eagles waived him again coming out of the preseason and re-signed him to the practice squad.

In 2021, Awosika appeared in one game for the Eagles.