The NFL announced on Monday that there will be a triple header of games on Saturday of Week 15 and also moved two other games to different times. 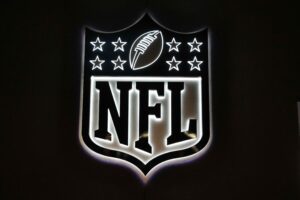 The Week 15 games that will take place on Saturday, December 17th include Colts at Vikings at 1 pm ET, Ravens at Browns at 4:30 pm ET, and Dolphins at Bills at 8:15 pm ET.

Additionally, the NFL announced that the Giants at Commanders will now be played Sunday, December 18th at 8:20 pm ET.

The Patriots at Raiders game will now also be moved to 4:05 pm ET instead of being a prime-time game, given the current record of the two franchises.