Multiple reports have indicated the NFL and NLPA are investigating the Titans for potential failures to follow the agreed-upon COVID-19 protocols and potentially causing the outbreak tearing through the team right now. 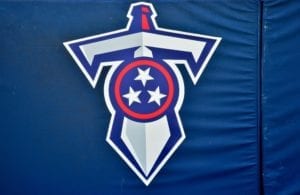 If found to be in violation, the organization would be subject to discipline — and likely not just a slap on the wrist.

Adam Schefter reports officials from both the league and the union arrived Friday to start the investigation. They’ve asked the Titans to turn over several videos of team activities for review.

Jason La Canfora says the immediate sense from the investigation team was the early data was not promising for Tennessee in regards to avoiding violations. Schefter adds investigators have a sense the Titans were not as diligent as they claim about wearing masks around the facility.

Ian Rapoport says the investigation is also looking at whether there was a failure to wear the mandatory Kinexon tracking devices, leading to gaps in contact tracing.

According to Schefter, the investigation is currently focusing on Titans OLB coach Shane Bowen as the first member of the organization to contract COVID-19 last weekend. A source tells him the outbreak appears to have started in the coaching staff and that Bowen was exposed to individuals who were exposed to the virus.

NFL employees are required to report being around anyone who has contracted the virus or to not go into work if they are around those individuals.

La Canfora adds they are reviewing how the team handled the intake for CB Greg Mabin on the practice squad, as some contact tracing indicates that could have been when the virus entered the facility. Mabin was signed Thursday and tested positive Saturday along with Bowen.

Bowen did not make the trip with the team to Minnesota but La Canfora writes that per the contact tracing data there’s some indication he should not have been the only coach to not make the trip.

Once the virus had a foothold on the team, Rapoport says it appears it may have spread through the coaching staff in the upstairs coaching booth in Minnesota. While there are plexiglass dividers and social distancing, the airflow isn’t as good as on the sidelines and people are mostly stationary. The team plane was an additional risk factor given there were individuals with the virus on board.

Rapoport notes the team also appears not to have been as diligent about keeping its play-caller and backup play-caller on the coaching staff separate.

Schefter notes a source tells him the stance of the league appears to be that, “this isn’t a failure of the protocols; it is a failure to follow the protocols” on the part of the Titans.

However, a team source tells Schefter they are convinced they have followed the protocols, done everything the league has asked and in fact have done a better job on things like mask compliance than other teams around the league.

The final conclusion of the investigation will ultimately tell how true the Titans’ belief is. Potential discipline could include fines and even the loss of a draft pick, per Schefter.

The sense from all three reporters and from executives around the league is that if the Titans are indeed found lacking in their adherence to the protocols, the league will make them an example through their discipline to attempt to ward off other serious outbreaks that would jeopardize the 2020 season.

We’ll have more on the Titans’ COVID-19 outbreak as the news is available.