An NFC executive tells Lance Zierlein that he believes Wyoming’s Josh Allen is the top quarterback in this year’s draft, despite the accuracy concerns.

“Josh Allen is the best quarterback in this draft,” the executive said. “I think all of the talk about his accuracy is the most overblown thing out there. His guys don’t get open, which causes a lot of the incompletions — it’s not an accuracy issue.” 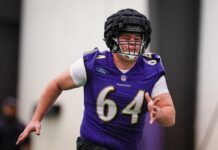 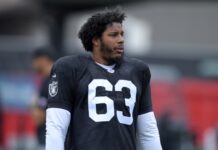