Matt Barrows of the Sacramento Bee reports that the San Francisco 49ers offered Alex Smith a one-year contract before the work stoppage but Smith decided to wait things out.

New head coach Jim Harbaugh doesn’t appear to be concerned about the possible negative reaction for the teams fan base.

“Well, the question is, ‘Do you have baby deer skin or skin like an armadillo?,” Harbaugh said. “That’s where the rubber meets the road there. If someone doesn’t like me or doesn’t cheer loud for me – is he going to be deep and emotionally scarred by that? I mean, most true competitors, most men like that would take offense to somebody inferring that about him.”

San Francisco’s interest in Smith has been widely reported and really seems to make a lot of sense when you look at where the team stands. Even if  the 49ers are able to get a quarterback prospect like Andy Dalton in the second-round, they’re more likely to look for a veteran to come in and help them compete right away. There’s a reason why everyone had them as the favorite to the division. Their the most talented team in the NFC West hands down.

I can see where fans would be against bringing back Alex Smith for another season because of his poor track record with the team but the NFC West isn’t getting any better other than the St Louis Rams. Seattle has no idea who their quarterback will be for the 2011 season and they’re going to have to rebuild both their offensive and defensive lines. Arizona needs to add talent at every position, enough said in that regards. While Sam Bradford has altered the balance of power in the division, mainly because he’s the only quarterback in the division that has a future, it’s going to take more than just having him at quarterback. Retaining Smith would give them some continuity in season where a lot of teams will be trying to get their rosters up to speed. The 49ers can beat the Rams out for the division if they play their cards right and that’s something that Jim Harbaugh appears to understand rather well. 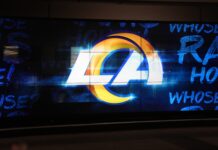