According to Ben Frederickson and Joel Currier, the NFL and the city of St. Louis have reached an agreement to settle their pending lawsuit over the Rams’ relocation for a sum of $790 million. 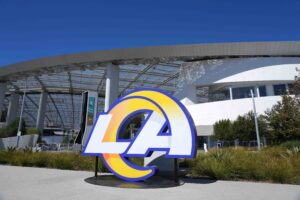 This ends a four-year legal saga that began when Rams owner Stan Kroenke pushed the team out and left for Los Angeles. The city sued, arguing that the NFL had violated its own relocation agreement by taking the Rams out of a viable market.

The NFL is not accustomed to losing battles in court, but they had taken one defeat after another after trying unsuccessfully to move the case out of Missouri. It had become clear that settling the case was in the NFL’s best interests.

Frederickson and Currier report that an expansion team will not be a part of the settlement as some had speculated. It’s also not clear how much of the settlement Kroenke will be required to pay and how much will fall on the NFL.

Kroenke had signed an indemnification agreement before relocation that held him responsible for all costs from any legal action, but he had been threatening to challenge it once it became clear he and the NFL were about to write the city of St. Louis a very big check.

Kroenke, the NFL and the city had all been in mediation in recent days to hammer out this agreement.