As of Wednesday afternoon, former Saints HC Sean Payton has not yet had a second interview scheduled by a team interested in his services, per Mike Garafolo. 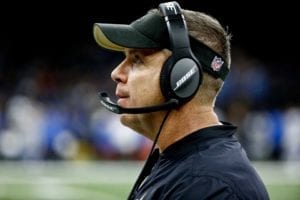 Garafolo wonders if this means Payton could be headed back to his role as a television analyst with Fox, as he has said all along he won’t return for just any job and wants it to be the right situation. He echoes Jeff Duncan who said the same thing earlier this week after Payton’s apparent second interview with the Broncos was delayed.

That’s a sentiment that’s growing within league circles as the NFL watches the chase for Payton that has dragged on for weeks now.

Sports Illustrated’s Albert Breer wrote Monday that Payton might be out of consideration for Denver and he thinks it’s more likely he stays at FOX. He adds he doesn’t think any of the openings are checking enough boxes for Payton in terms of geography (close to Los Angeles), quarterback, and compensation.

“I bet he stays at Fox,” predicted one general manager to Jason La Canfora of the Washington Post. “It’s a better field next year. Both L.A. jobs will probably be open. Tampa is probably open, and those owners have won a Super Bowl. The Jets and Packers could be open, [possibly] Dallas. I think he could do even better next year.”

La Canfora adds his sense is that the meetings between the Broncos and Payton didn’t go as well as was immediately suggested, and neither side left feeling a deal was something they had to do. Joe Person, the Panthers beat reporter for the Athletic, has also heard through the grapevine that Payton isn’t the Broncos’ top choice.

So far, Payton has had in-person interviews with the Broncos and Panthers and has also met with the Texans. ESPN’s Dianna Russini reported Tuesday that there’s a mystery team waiting in the wings that could jump in for Payton if they get “their ducks in a row.”

The Colts are the only team currently with a vacancy that hasn’t requested an interview with Payton. It’s worth pointing out that the “mystery team” is also a common negotiating tactic.

In an interview last week, Payton said he thought the Saints would take a “mid-to-late first-round pick” in exchange for his contractual rights. He’s also expected to command compensation in the range of $20-$25 million a year as one of the NFL’s top coaches.

Payton, 59, began his NFL coaching career with the Eagles as their QBs coach back in 1997. He later joined the Giants for three seasons before the Cowboys hired him as their assistant HC/QBs coach for the 2003 season.

The Saints brought Payton in as their head coach for the 2006 season and he later agreed to an extension that would have kept him in New Orleans through the 2024 season back in 2019. However, he elected to retire after the 2021 season and join FOX as an analyst.