According to Ryan Wood, the Packers designated OLB Whitney Mercilus to return from their injured reserve on Thursday. 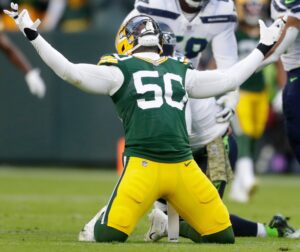 This opens a 21-day window for Mercilus to practice before being activated.

Mercilus was expected to miss the entire season due to a torn biceps injury in November, so this is obviously encouraging news ahead of the playoffs.

The Packers added Mercilus on a one-year deal this season following his release from Houston.

In 2021, Mercilus has appeared in six games for the Texans and four for the Packers. He recorded 17 tackles and four sacks.