Rob Demovsky reports that the Packers have extended the contracts of HC Matt LaFleur, GM Brian Gutekunst and VP/Director of Football Operations Russ Ball have all signed contract extensions. 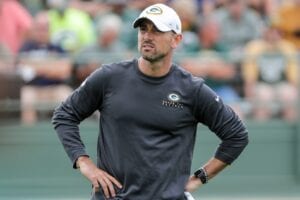 LaFleur, 42, began his NFL coaching career with the Texans as their offensive quality control coach back in 2008. He later took over as the Commanders’ QBs coach in 2010 and spent four years with Washington.

After one year at Notre Dame, LaFleur returned to the NFL when the Falcons hired him as their QBs coach in 2015. He spent two years in Atlanta and one year as the Rams’ offensive coordinator before joining the Titans.

The Packers hired LaFleur as their head coach back in 2019 and the Michigan native has been with the team ever since.

In three seasons with the Packers, LaFleur has posted a total record of 39-10, finishing 1st in the NFC North three consecutive times with 13 wins for each season. He has also posted a playoff record of 2-3 during this time.