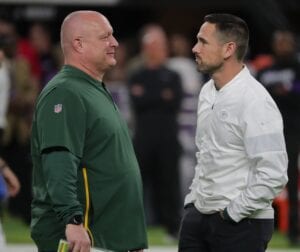 The Packers’ special teams unit has been annually disappointing and was responsible for a number of big players this past season.

Mennenga, 50 began his coaching career as a graduate assistant at Southwest Baptist in 1994. From there, Mennenga worked for a number of schools including Western Kentucky, Hutchinson Community College, Culver-Stockton, Fort Hays State and South Dakota State.

He took his first NFL coaching job 2012 with the Browns. He spent four years in Cleveland before being hired by Vanderbilt.

The Packers hired Mennenga in 2019 as their special teams coordinator.