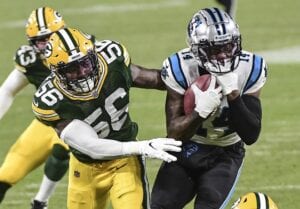 Ramsey, 25, signed with the Packers as an undrafted free agent out of Arkansas in 2019. He was waived coming out of camp and re-signed to the practice squad.

In 2020, Ramsey appeared in 12 games for the Packers and recorded six total tackles.