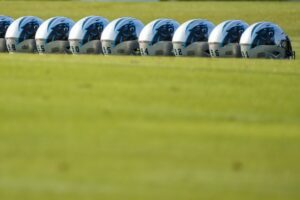 The Panthers also signed S Jalen Julius to their practice squad and released WR Omar Bayless from the unit.

Erickson, 28, signed on with the Bengals as an undrafted free agent out of Wisconsin back in 2016. He was entering the final year of a three-year, $1.62 million contract when he agreed to a two-year contract is worth $4.68 million in 2018.

In 2021, Erickson has appeared in one game for the Panthers and totaled 31 punt return yards.