Jeremy Fowler of ESPN reports that Panthers rookie cornerback Jaycee Horn is about two weeks removed from foot surgery to repair three metatarsal bones and is now in the process of getting out of the cast. 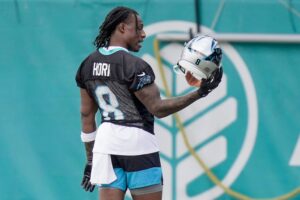 According to Fowler, Horn is eyeing a potential return for the playoffs should Carolina qualify for the postseason.