Ian Rapoport of NFL Media reports that the Panthers are interviewing former Giants GM Jerry Reese for their GM job on Monday. 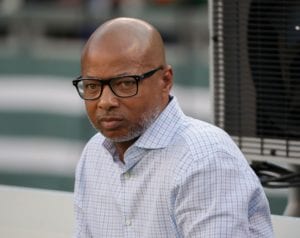 Here’s a list of candidates linked to the Panthers GM job:

Reese has already interviewed for the Jaguars’ GM vacancy.

In total, the Giants were 90-82 (52.3 percent) under Reese, which includes four playoff appearances and two Super Bowl titles.

We’ll have more on the Panthers’ general manager search as the news is available.