The Carolina Panthers officially ruled out RB Christian McCaffrey for Week 6’s game against the Vikings. 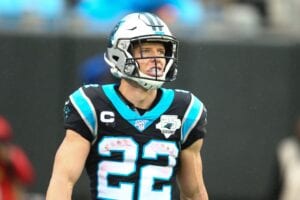 McCaffrey appeared to be trending towards a return this weekend, but was later downgraded on Thursday with a hamstring injury.

Rhule said McCaffrey tested his hamstring Wednesday and it wasn’t ready. However, Rhule said he wouldn’t characterize this as a setback and they are “hopeful” he can return next week.

In 2021, McCaffrey has appeared in three games for the Panthers and rushed 52 times for 201 yards and one touchdown. He also has 16 receptions for 163 yards.