The Carolina Panthers are expected to sign CB Duke Dawson to a contract on Friday following a successful workout, according to Aaron Wilson. 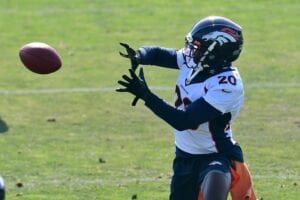 The Panthers had said that they were keeping their eye on potential options at cornerbacks and it looks like Dawson proved to be their preferred option in the end.

Dawson, 26, is a former second-round pick of the Patriots back in 2018 after New England traded up with the Buccaneers. The Patriots traded Dawson to the Broncos in 2020 for a sixth-round pick.

Dawson was in the last year of a four-year, $2,734,056 rookie contract and set to earn a base salary of $1,127,028 this season when Denver elected to cut him loose late last season and sign him to their practice squad.

In 2020, Dawson appeared in 12 games and recorded seven tackles and no interceptions for the Broncos.