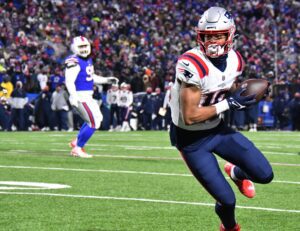 Schefter also adds that the team will not be tendering FB Jakob Johnson, who will now become an unrestricted free agent.

Meyers, 25, went undrafted in 2019 out of North Carolina State but eventually signed with the Patriots and made the 53-man roster as a rookie.