According to Aaron Wilson, the Patriots are signing TE Jalen Wydermyer to the roster. 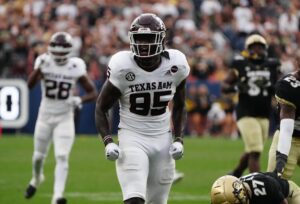 He was just cut by the Bills in the first round of roster cuts earlier this week.

Wydermyer was widely seen as a strong candidate to be the first tight end taken entering the pre-draft process a year ago.

However, he turned in some abysmal workout times at his pro day, which pushed him out of the draft entirely.

He was not selected and signed with the Bills afterward. However, Buffalo elected to waive him earlier this week.