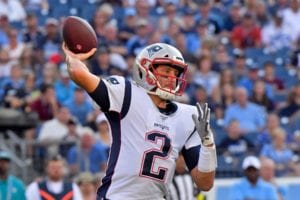 From there, Hoyer signed a three-year, $12 million contract with the Colts in 2019 but was released before the 2020 season. Hoyer returned to the Patriots soon after.