The Las Vegas Raiders have designated QB Marcus Mariota to return from injured reserve on Wednesday, according to Doug Kyed. 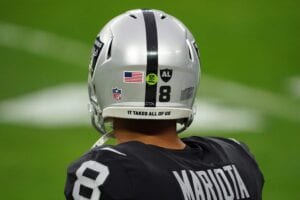 This opens a three-week window of time for the Raiders to activate him from injured reserve and add him to their 53-man roster.