The Las Vegas Raiders officially reduced their roster down to 53 players on Tuesday. 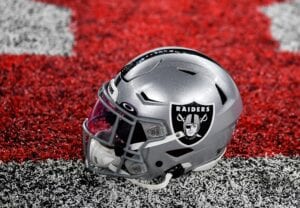