According to Sarah Barshop, Rams TE Brycen Hopkins has been suspended for three games for violating the league’s substance abuse policy. 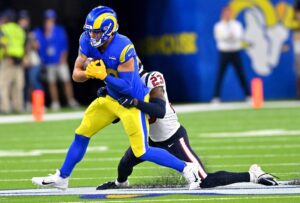 In 2022, Hopkins has appeared in two games but recorded no statistics.

We will have more news on Hopkins as it becomes available.