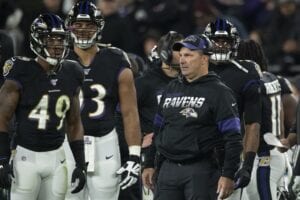 Rapoport confirms that the Jaguars are interested in Scott Linehan and set to interview him for their offensive coordinator job.

Cullen, 53, began his coaching career at UMass as their RBs coach in 1990. He later worked for several schools and working his way up to defensive coordinator.

We’ll have more regarding the Jaguars’ coaching staff as the news is available.