Adam Schefter of ESPN reports that the Ravens reached out to free agent WR Kenny Golladay‘s agent, Todd France, to inquire about his client. 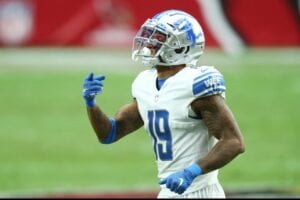 Golladay is currently in New York as part of his visit with the Giants.

The Bears hosted Golladay for a visit on Wednesday and he reportedly has an offer from the Bengals.

It’s possible Golladay takes a one-year deal and tries again for a major deal in 2022.

Golladay is testing the open market as an unrestricted free agent for the first time in his career.