According to Josina Anderson, RB Todd Gurley left his visit in Baltimore with the Ravens without a deal.

Anderson adds Gurley had a good meeting but a source thinks he’s “looking for the best offer.”

Gurley has also had a visit with the Lions in recent weeks.

According to Ian Rapoport, the Ravens are hosting RB Todd Gurley for a visit today. 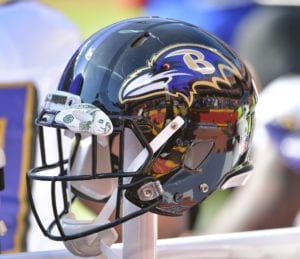 The Ravens are pretty deep at the position but they’ve used three running backs in the past.

Gurley previously visited the Lions as he searches for a new team this offseason.

Gurley, 26, is a former first-round pick of the Rams back in 2015. He was entering the final year of his four-year, $13.823 million contract and stood to make a base salary of $2.31 million for the 2018 season when the Rams picked up his fifth-year option.

Los Angeles released him last March and the Falcons quickly scooped up Gurley with a one-year, $6 million deal.