Brad Biggs of the Chicago Tribune reports that the Bears have given veteran DL Akiem Hicks permission to seek a trade out of Chicago. 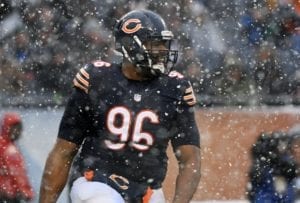 A source tells Biggs that Nicks wants a “substantial raise” in a new contract if he ends up being traded, which he says appears to be “unlikely” at this point.

Yesterday, Biggs reported there were “rumblings in league circles” that Hicks could be available for trade, so this isn’t all that surprising.

Should the Bears opt to trade Hicks, they would save $10.5 million in cap space, which is close to the $11 million they would get from releasing Fuller.

There were rumors from Wednesday morning that the Bears were willing to include Hicks in their trade offer for Seahawks QB Russell Wilson, so this isn’t a big surprise.