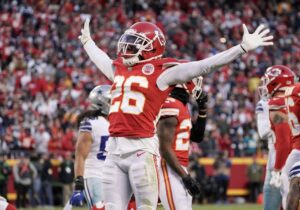 According to Charns, Las Vegas Metro police arrested two men and were searching for a third for their alleged roles in the nightclub beating. The third suspect is reportedly Lammons.

The incident took place on February 5 at Drai’s After Hours at The Cromwell Las Vegas Hotel & Casino, which was right before the Pro Bowl.

The victim told police that he was attempting to leave the nightclub when multiple people began hitting and kicking him. The victim suffered a broken eye socket and was unable to keep his eye open while at the hospital.

Lammons, 26, wound up going undrafted out of South Carolina back in 2018. he later signed on with the Falcons but lasted just a few months in Atlanta.

From there, Lammons had brief stints with the Saints and Dolphins before the Chiefs signed him to their practice squad during the 2019 season. Since then, he’s been on and off of the Chiefs’ active roster.

Lammons is in line to be an exclusive rights free agent this offseason.

In 2021, Lammons appeared in 12 games for the Chiefs and recorded six tackles and a fumble recovery. 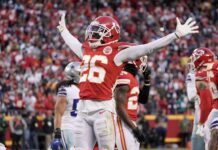