Nick Underhill of NewOrleansFootball.com reports that Saints DT Jalen Dalton has suffered a significant injury and will be the 2020 season as a result. 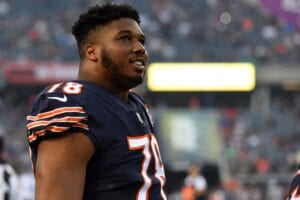 According to Underhill, Dalton had consistently flashed and was having a good training, but will now undergo surgery in the near future for a tricep injury.

You can expect the Saints to place Dalton on injured reserve in the coming days and add something to their roster.

Dalton, 23, wound up going undrafted out of North Carolina back in April of last year. He later signed a three-year, $1.755 million contract with the Bears.

However, Chicago waived Dalton coming out of the preseason and it took under December for him to sign on to the Saints’ practice squad. New Orleans brought him back on a futures contract this past January.

During his college career at UNC, Dalton recorded 92 tackles, 6.5 sacks, a forced fumble, a recovery and seven passes defended over the course of 37 games.