Nick Underhill hears that the Saints have restructured CB Marshon Lattimore‘s contract to create the cap space they needed to sign their 2021 draft class. 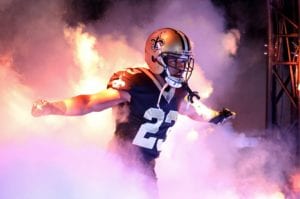 According to Ian Rapoport, the Saints specifically converted Lattimore‘s $10.2M fifth-year option to a $990,000 base salary and the rest in a roster bonus that will be spread over voidable years.

Rapoport adds that the Saints are still working on an extension with Lattimore.

New Orleans has been up against the cap all offseason and this was one of the few options they had to get a sizable amount of cap room at this point.