Aaron Wilson reports that the Saints are working out veteran TE MyCole Pruitt on Tuesday. 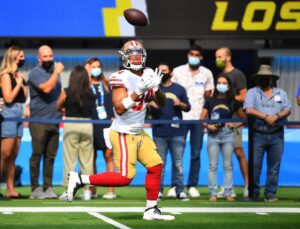 Pruitt, 30, is a former fifth-round pick of the Vikings back in 2015. He spent over a year in Minnesota before he was cut loose at the start of the 2016 season.

Tennessee brought Pruitt back on a one-year contract and he signed with the 49ers as an unrestricted free agent the following offseason yet never appeared in a regular season game for them.

In 2021, Pruitt appeared in 16 games for the Titans and caught 14 passes for 145 yards receiving and three touchdowns.

We will have more on Pruitt as it becomes available.