According to Jason La Canfora, several teams have informally approached longtime NFL coach Wade Phillips about a job as defensive coordinator in 2021. 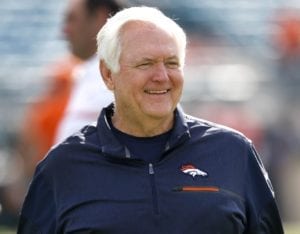 Phillips is one of the most respected defensive minds in the sport but has been out of football this year after being fired by the Rams this past offseason.

It appears he won’t be spending another year on the couch, though. La Canfora adds multiple prospective head coaching candidates have Phillips on their staffing targets list and his years of coaching experience are viewed as an asset for a first-time head coach.

Phillips, 73, began his NFL coaching career with the Oilers back in 1976 and has worked for several teams in a number of capacities. He has served as the head coach of the  Broncos, Bills and Cowboys before returning to the Broncos as their defensive coordinator in 2015.

Phillips joined the Rams in 2017 and spent three seasons as their defensive coordinator.