According to Aaron Wilson, the Steelers cut LB Ulysees Gilbert from the injured reserve with an injury settlement. 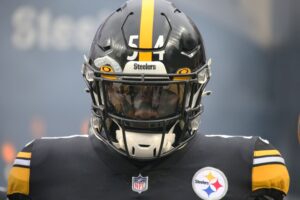 Gilbert, 25, was selected in the sixth round of the 2019 NFL Draft out of Akron. He is entering the final year of a four-year, $2.6 million rookie contract.

He was waived with an injury designation last week and reverted to Pittsburgh’s injured reserve.

In 2021, Gilbert appeared in 17 games and recorded 11 total tackles and no tackles for loss.