The Pittsburgh Steelers announced Thursday that they’ve elevated LB Delontae Scott from their practice squad for Week 3’s game against the Browns. 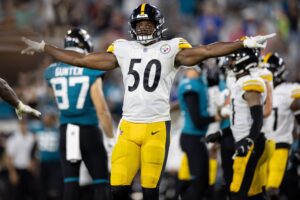 Scott, 25, wound up going undrafted out of SMU back in 2020. He later signed on with the Packers and was on and off of their roster before joining the Steelers last year.

Pittsburgh brought Scott back on a futures contract for the 2022 season only to release him coming out of the preseason. He was later added to their practice squad.

In 2022, Scott has appeared in two games for the Steelers.