The Houston Texans officially claimed DB Kendall Sheffield and WR Connor Wedington off of waivers on Monday, according to Field Yates. 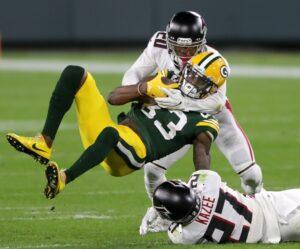 Sheffield, 25, is a former fourth-round pick by the Falcons in the 2019 NFL Draft out of Ohio State. He’s entering the final year of his four-year, $3.3 million rookie contract when the Falcons waived him last week.

In 2021, Sheffield appeared in nine games for the Falcons and recorded four tackles and no interceptions.