The Houston Texans hosted seven free agents for workouts on Monday, according to Aaron Wilson. 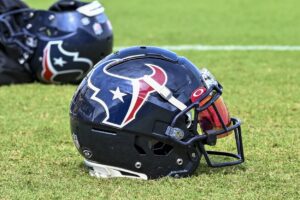 Breeze, 24, was selected in the sixth round of the 2021 NFL Draft by the Titans. He signed a four-year, $3.6 million contract with Tennessee.

The Titans placed Breeze on injured reserve coming out of the preseason with an ankle injury before adding him to the COVID-19 list. He was waived in December and claimed by the Lions.

The Lions opted to waive Breeze with an injury settlement in August..

In 2021, Breeze appeared in nine games for the Titans and Lions and recorded five total tackles.