John McClain of the Houston Chronicle writes that it seems safe to say the Texans are deciding between Bills DC Leslie Frazier and Ravens assistant HC David Culley for their head-coaching vacancy and a decision could be made before the weekend. 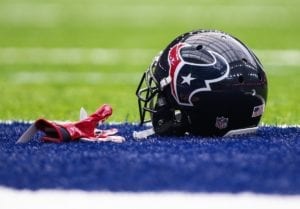 According to McClain, Frazier appears to be favorite for the Texans’ job after having two impressive interviews with the team.

Culley is an interesting candidate, as McClain reports that he made “such a strong impression” on GM Nick Caserio that he brought him to Houston for an in-person meeting and he’s now considered a “serious candidate.”

Former Colts and Lions HC Jim Caldwell technically interviewed twice for the Texans’ job, but only one came with Caserio in place as the team’s GM.

Chiefs OC Eric Bieniemy has also been in the mix, but it appears as though Houston is unlikely to hire him.

Frazier, 61, played five seasons for the Bears and was part of the 1985 team that won the Super Bowl.