According to Aaron Wilson, the Texans are promoting LB Derek Rivers from the practice squad to the active roster and signed LB Connor Strachan to the taxi squad in a corresponding move. 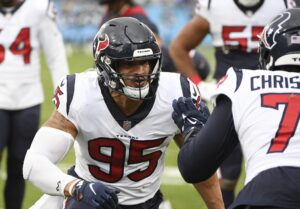 Rivers, 26, is a former third-round pick of the Patriots back in 2017. New England wound up cutting him loose back in November and he was quickly claimed by the Rams.

In 2021, Rivers has appeared in one game and recorded two tackles.