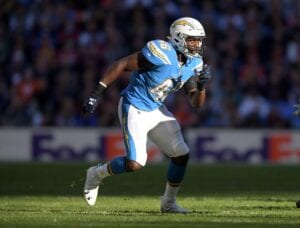 The Texans later signed Landrum to their practice squad and brought him back on a futures contract last year. Unfortunately, he was waived with an injury designation and later reverted to injured reserve.

For his career, Landrum has appeared in 17 games and recorded 10 tackles and a sack for the Chargers.