Aaron Wilson reports on Monday that the Texans are cutting QB Kevin Hogan. 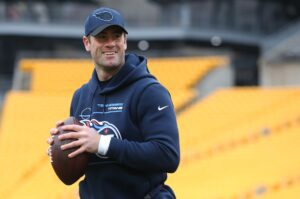 In a corresponding move, the team announced that they have activated TE Teagan Quitoriano from the physically unable to perform list.

From there, Hogan re-signed with Denver on a one-year deal but was among their final roster cuts. He caught on with the Bengals practice squad and then the practice squad of the Titans.

The Texans signed Hogan to a deal back in May but have now opted to let him go.