According to Jim Wyatt, the Titans have officially activated DB Dane Cruikshank from the injured reserve list and promoted OL David Quessenberry and LB Daren Bates from the practice squad to the active roster. 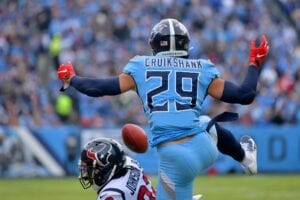 The Titans recently opened Cruikshank’s 21-day window to return from the injured reserve, so he was expected to be activated at some point.

Cruikshank, 25, is a former fifth-round pick by the Titans in the 2018 NFL Draft out of Arizona. He’s in the third year of his four-year, $2.7 million rookie contract.

In 2019, he appeared in all 16 games for the Titans and recorded six total tackles.