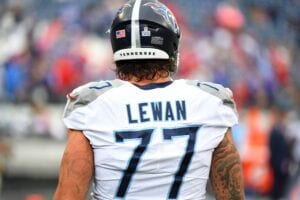 Other roster moves from the Titans:

In 2021, Lewan has appeared in 11 games for the Titans, starting each game at left tackle.