According to Jason La Canfora, Titans RB Derrick Henry has continued to make progress in his rehab from a broken foot and is on track to return for the playoffs. 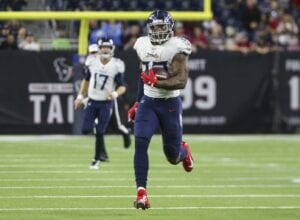 La Canfora says Henry is expected to be designated to return from injured reserve soon, which will allow him to practice with the team.

Although some reports indicated Henry could be back as soon as Week 18, La Canfora adds that’s probably too aggressive, and at any rate the Titans could be locked into a playoff seed by then.

It would be a huge boost to a Titans offense that has struggled since Henry went down.

The injury has an estimated timeline of six to 10 weeks for recovery and Henry had surgery on November 2.

We’ll have more on Henry as the news is available. 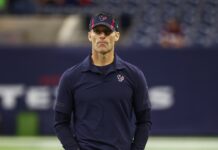