Mike Garafolo of NFL Media reports that the Titans are re-signing OT Ty Sambrailo to a contract on Thursday. 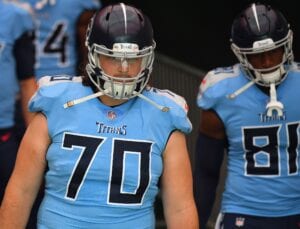 Sambrailo, 29, is a former second-round pick of the Broncos back in 2015. Denver traded him to the Falcons at the start of the 2017 season for a fifth-round pick.

Sambrailo played out the final year of his four-year, $3.9 million rookie contract and was in line to be an unrestricted free agent in 2019 before re-signing with the Falcons on a three-year deal in 2019.

However, he was later released and eventually signed a one-year $1.6 million contract with the Titans last year.

In 2020, Sambrailo appeared in 10 games for the Titans, making five starts for them.